Worcester County, MD (home to Ocean City, Snow Hill and Berlin), has no shortage of great restaurants, and new ones are popping up all the time. From new breweries and cafes to seafood to Italian, hungry or thirsty visitors will always find what they’re craving. Here are the five new bars and restaurants you need to know about in Worcester County.

After many extensive surf trips around the world, owner Mike Shott, has decided to go after his lifelong dream of owning and operating his own bar, creating a menu of dishes with his own spin, and keeping true to a locals spot in Ocean City, serving lunch, dinner, beer, wine and specialty cocktails! Open since December 2016, menu items include names like Pipeline, Capricious Crab, Tsunami Tacos, the Snake Charmer. Look for shrimp, mussels, tacos, BBQ and burgers to come in plenty of varieties.

This is a modern Asian fusion café tucked away on Sunset Drive in West Ocean City but don’t worry, plenty of people are finding it. Menu items include dumplings, lettuce wraps, Poke, bao buns and kimchi. You don’t typically find this in the area and it’s a refreshing change!

Calling themselves a modern Italian grill, DiFebo’s in Berlin is the family’s third location joining  DiFebo’s in Bethany Beach and Rehoboth. The family specializes in Abruzzi-Style Italian cuisine with Roots in Rosetta Italy. Dishes like Big Bob’s famous homemade gravy and meatballs and hand-rolled sweet Abruzzi raviolis make this new restaurant a must visit. I personally love the brussel sprouts.

Don’t let the location fool you (which is inside the La Quinta Hotel at 32nd Street). This place is Ocean City’s first whiskey and wine bar and quickly becoming one of the best restaurants on the island.  Their offerings include small plates and flatbreads to steamers and entrees like ribeyes, duck breast and seafood. They even have a kids menu.

Acclaimed chef Gary Beach re-opens Marlin Moon in the new Doubletree Hotel in Ocean City. Marlin Moon is a locals’ favorite  featuring Eastern Shore seafood dishes cooked to perfection. The menu has the old go-tos that MM fans have craved, like Mom’s Shrimp, Freddy’s Seafood Pasta, Tuna Nachos, since it closed its former location a few years ago and are more than thrilled to have them and the rumored appearance of the eggplant boat back in Ocean City. 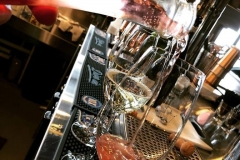 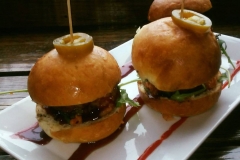 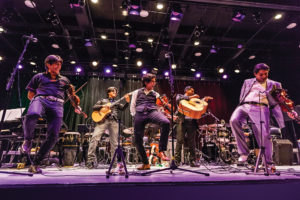 It’s that time of year – the season for giving! We 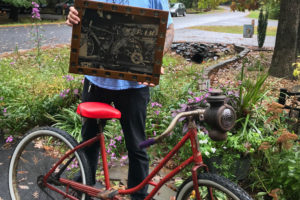 The Ocean City Center for the Arts welcomes the Eastern Shore