“Shared Visions” is the opening show for 2019 at the Ocean City Center for the Arts, where visual artists and writers collaborate and inspire each other. The public is invited to the free, opening reception on First Friday, Jan. 4 from 5 – 7 p.m. at the Arts Center on 94th St. bayside.

“Shared Visions” is a partnership between the Art League of Ocean City and the Ocean City branch of the Worcester County Library, home of the Ocean City Writers Group, headed by Ruth Wanberg-Alcorn. Members of the Art League created art that inspired the poetry and prose of the writers, and both sides will be on display during January.

“This is the sixth year for the collaboration,” said Rina Thaler, executive director of the Art League. “It is an inspired coming-together of words and images and demonstrates the different forms of self expression.”

In all, 18 writers drew inspiration from 30 visual artists working in painting, photography, wood, mixed media, and fiber art for the “Shared Visions” show.

On Tuesday, Jan. 22 from 6 – 8:30 p.m., the Ocean City Writers Group will read their work at the Arts Center and discuss what inspired them in a free presentation, also open to the public.

Also hanging in the Galleria will be an all-media group show by members of the Art League.

Roni Jones of Salisbury occupies Studio E in January. Jones makes art from lost and found objects with inspiration from urban landscapes and the patterns and colors found in nature. Her collages and mixed media work have a tactile element to them that represents the life and death of inanimate objects.

Rafael Reyes of Bishopville, Spotlight Artist for January, creates paintings and inlaid wood bas reliefs. Reyes grew up in Chambersburg, Pa. and received his BFA at Indiana University of Pennsylvania where he concentrated on sculpture. Working in a variety of mediums, he draws inspiration from cubism and surrealism. Reyes is one of 47 artists featured in Dana Kester McCabe’s book, “Delmarva School of Art.”

Jeweler Susan Obaza of Laurel, De. displays her creations in the Artisan Showcase during January. Born in Ohio and raised in northeastern Pennsylvania, Obaza studied art at a community college in Nanticoke, Pa. but taught herself jewelry making. Her wearable art incorporates found natural elements as well as beads, foil, fabric, glass, and oil diffusers.

The shows will run through Jan. 26 at the Arts Center.

The Ocean City Center for the Arts at 502 94th Street is the home of the Art League of Ocean City, a non-profit organization dedicated to bringing the visual arts to the community through education, exhibits, scholarship, programs and community art projects.

Financial support comes primarily through membership dues from individuals and corporate sponsors. Funding for exhibits is also provided by the Community Foundation of the Eastern Shore, the Worcester County Arts Council, Maryland State Arts Council, and the National Endowment for the Arts, organizations dedicated to cultivating a vibrant cultural community where the arts thrive.

More information is available at 410-524-9433 or www.artleagueofoceancity.org.

Entries Are Now Being Accepted for the Ocean City Film Festival 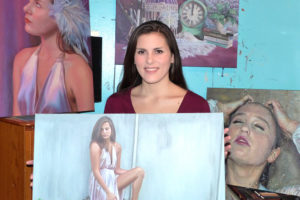 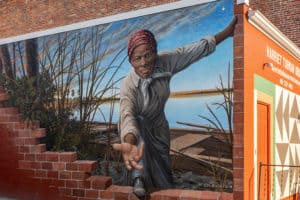 The much anticipated film Harriet hits theaters this week and chronicles 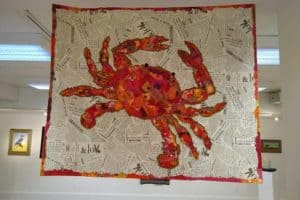