The Original Ward Brothers workshop at 3195 Sackertown Road in Crisfield, Maryland is off the beaten path but the journey is worth the destination. The Crisfield Heritage Foundation is the steward of the Ward Brothers Workshop –the original workshop of Steve and Lem Ward. The Ward Brothers Workshop as it exists today consists of three buildings:  a small building where Steve stored tools and the brothers did some carving for their own use; the center section that was the original barbershop; and the lean-to which was added on as additional carving space in the 1960s.  The Workshop is preserved in a state much like it would have been during the Ward brothers’ lives, and is open to the public for tours.  This fall the workshop will be open to the public September 14th, September 19th, October 5th, and October 19th, from 10:30 am till 2:00 pm.  The workshop is also open by appointment by calling 410.968.2501. Admission is free.

Steve Ward (1895-1976) and Lemuel Ward (1896-1984) were born into a poor Crisfield family and were trained as barbers, as their father had been.  They grew up in the area of town known as “down neck,” surrounded by the marshes and wildlife of the Chesapeake.  Like many men from the area, they grew up learning to hunt and make decoys in order to help support their household.  Steve primarily carved the decoys, while Lem excelled as a painter.  Their earlier decoys were utilitarian, but their style evolved into a more decorative, life-like sculptural style.  They began to receive recognition for their carvings in the 1940s.  By the 1950s the brothers had stopped cutting hair for a living and were working as full-time artists.  In 1974 they were given honorary doctoral degrees from Salisbury State College (now Salisbury University).  In 1979 Maryland Governor Harry Hughes declared Lem Ward a living state treasure for his contribution to American art.  President Ronald Regan also issued him a commendation for his artistic contributions, and he received a National Heritage Fellowship Award by the National Endowment for the Arts in 1983. The landscape of the Crisfield area and its wildlife inspired the Ward brothers’ deep respect for the natural world which is reflected in their art. The J. Millard Tawes Museum houses a permanent decoy exhibit featuring Ward decoys and the short film Nature’s Counterfeiters produced in partnership with the Ward Museum. 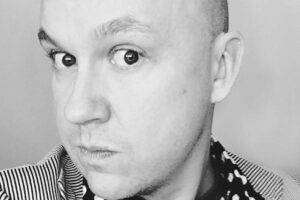 The sun is trying to come out, the trees are blossoming

We like to say September is the local’s secret. There still