The new exhibit at Peninsula Gallery, “Figuratively Speaking,” brings together four artists who depict the human form. Three participants are established artists in different mediums, a pastelist, a photographer, and a wood sculptor. We are excited to introduce a young artist fresh out of the Maryland Institute College of Art who is fast making a name for herself.

Haley Manchon graduated in 2018 and already her work has been featured in an International Exhibition of Works on Paper in Lubbock, TX; the Colored Pencil Society of America’s 26th International Exhibition in Chicago and a show at the Ground Floor Gallery in Brooklyn, NY.  Her work in colored pencil and pastel in this show was inspired by one drawing which was completed over a period of 4 months.  Titled “Conversations with Myself”, it made her realize just how intimate her drawing space is to her and how much time she spends having these conversations with herself during the creative process. Each drawing expresses the emotions that run through her head at that time and often they translate into the interior space which supports the mood of her models.  The series which she calls ‘The In-Between’ is a celebration of the drawing process and an acceptance of the places that the process takes her as she creates.

Sydney McGinley is a signature member of the Pastel Society of America and is designated among the less than 200 Master Pastelists by this New York City organization.  She has won many national and international awards, and her work is collected throughout the US and Europe.  “Historically painters are categorized as either colorists or draughtsman.  I find this division my constant struggle”, she says.  The work in this show denotes her ability to straddle both disciplines and also some in-between.  Her recent inspiration has been the female form.  This has allowed her to explore the complexities of design whilst showing intimacy and mystery.  It does not necessarily show specific likeness but evokes a sense of emotional presence while at the same time conveying the beauty of the geometry and grace of the human form.

David Stevens graduated from The University of Michigan in 1970 with a degree in History. The next year he moved to Los Angeles, where he opened his own stained glass studio. For the next 9 years he worked in stained glass and began to explore woodworking through furniture-making and sculpture, often combing his glass and wood skills. David’s creations span a variety of styles and forms, though the works featured in this show are 3-dimensional wooden figures. He depicts the human figure with energetic, yet fluid lines to show visions of sensual relaxation or an action frozen in time.

Beth Trepper’s eclectic portfolio comprises figurative, documentary, landscape and entertainment images.  In more than 400 solo and group gallery exhibitions, she has shown extensively throughout the US, Ireland, Europe and the Caribbean.  Of her work in this show, she says, “since childhood the juxtaposition of the human form within the natural landscape has always fascinated me.  As an adult nothing much has changed.  I crave solitude in wide-open spaces – far from people”.  This may seem odd for a photographer of the human form, but look carefully at her images.  She presents her models in just such spaces and sometimes becomes the model herself, clearly a refection of her need to be away from the trappings of the modern world.

The public is invited to meet the artists at the opening reception on Saturday, October 5 from 5-7pm. The exhibition will be on display from October 5-29.  The Peninsula Gallery is located in the Shops at the Beacon just across the canal on Savannah Rd in Lewes.  All images may be previewed on the gallery website, www.peninsula-gallery.com. Please call 302-645-0551 for further information.  The gallery is open Tue thru Sat, 10-5 and Sun, 11-3. 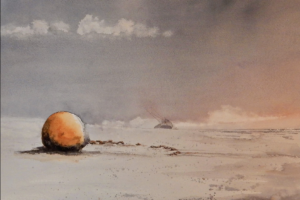 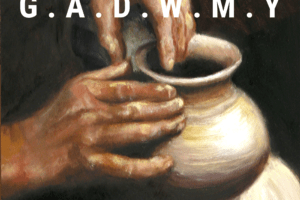 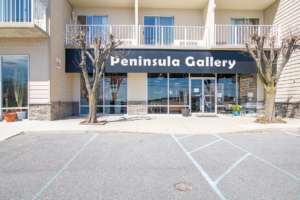 The Peninsula Gallery in Lewes, DE opens their 15th annual exhibition of 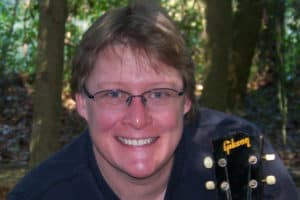