Photographer Jay Fleming has a particular passion for the waters of the Chesapeake Bay including everything above and below the waterline as well as the people who make their living off its bounty. He is coming to the close of project spanning several years, publishing a book of over three hundred of his photographs on just this topic.

Jay Fleming:
“So, ‘Working The Water’ is a project that started three years ago. Uh, I first went out with Art Daniels. He’s a waterman out of Deal Island. He’s actually 94 this year. He just retired last year. But, um Art Daniels welcomed me aboard his Skip Jack ‘The City of Crisfield’, um, which he has worked for over sixty years. And um, Art’s just an amazing guy, a truly inspirational person.’

“And, uh, Art kind of inspired me to start on this project, because through Art I was able to realize, you know, how many people depended upon the industry. On the Seafood industry that is. Also, you know, that the industry was changing. And it was really important to document guys like Art because they’re living legends. And, they’ll never be replaced. They’ve seen things on the Chesapeake Bay that nobody else will ever see.”

“The writing aspect of the book, it was difficult to sit down and find the time to write everything that I needed to write. But I felt like it was really necessary, to help describe the pictures. Um, There was only so much that we could include as far as the images went. And uh, you really have to, you really have to, use writing in the captions. And we have a lot of section introductions, which is what we call them. We have 31 sub chapters, with four chapters to the book. And each sub chapter has about two thousand words.’

“So I guess you could say that I am passionate about the topics that I cover. You know I have a passion for learning more about what I am learning. And, you know, better understanding it and helping other people better understand what I am shooting. A lot of what I am shooting hasn’t recently been covered. It’s been years since someone did a visual narrative of the Chesapeake Bay and the seafood industry. And, uh, I think when they were done they didn’t really cover every fishery in detail. I think my book is not only visually appealing but it is very educational; because, there’s a lot of things covered in the book a lot of people are unaware of.”

“I was out on Tangier Island this week, and I brought the blue line proofs for my book out there. And, I was showing it to some of the watermen I am friends with out there. And, some of them were learning stuff about the different fisheries in the bay that they didn’t know about, like snapping turtles. There’s a lot. It’s a two hundred and eighty page book so, uh, there’s a lot of pictures. I wrote about fifteen thousand words for the book too, based upon my experiences. So, it’s a lot of information as well.”

Jay is becoming as well known for his underwater photography as his above water pictures. He knows his camera. He is able to get it to capture just what he is seeing in pristine light and detail. His experienced eye prevents the need for a lot of retouching or processing of his imagery whether using still photography or video.

Jay Fleming:
“I think a little bit of retouching on an image is necessary, you know cropping of a picture. If there’s some distracting branch or, uh, you know, something that is just in the way of the focal point that takes away from what you are looking at. Then I’ll crop it if necessary. I’ll adjust, you know, the lighting, fill in some shadows. That type of stuff.”

“But I really try to use the light as my natural retouching tool so I don’t have to go back in and really work on the image. Sometimes it’s just necessary. You know, if you are forced to shoot in bad light, like in the middle of the day. You know, say somebody’s wearing a hat, and there’s a shadow, you know casting down on their face and you can’t see their face. That might require a little bit of work. But um, as far as my post production work goes, it’s pretty minimal.”

“I did start my photography in the dark room, but quickly realized that I want to shoot in color. I really don’t do any black and white. Occasionally I will convert a picture to black and white if it really needs it. I try to incorporate color into every one of my photographs. So, I don’t feel like my images translate very well to black and white. Because, I am going for the vibrant colors, the beautiful light, the morning and the evening; when I am shooting outdoors.”

Jay has several degrees: one in Economics from St. Mary’s College, and two others in Natural Resources and Eco System Conservation. His education gives him an informed appreciation and understanding of his subject matter. He learned photographic technique from his father, acclaimed Delaware photographer Kevin Fleming. Though he is still relatively young, his own artistry comes from personal experimentation over many years.

Jay Fleming:
“For me learning composition was really a matter of trial and error. You know, just shooting a lot. I tried to go out three times a week to shoot pictures. Sometimes I don’t get out that much, like when I was working on the book. But, just shooting as much as possible has been the greatest teaching practice for me.”

Jay’s photography has the beauty of fine art but his approach is that of a witness to the changing life in and along the water.

Jay Fleming:
“I would say that I would consider myself more of a naturalist than an environmentalist. I really try to find stuff, to understand how the environment works. You know, rather than to push my agenda, my opinion. I really just try to create an accurate depiction of what is going on in the environment through my photographs. And you know, how people interpret them, that’s up to them. I’m not trying to change any opinions through my photography, or make any opinions for myself. I would consider myself a naturalist.”

Jay accepts commercial photography commissions. Much of this work has been marketing materials for seafood companies. His book Working The Water will be released to the public this fall. Visit his site for social media accounts to find out about book signings and other associated events when they happen: jayflemingphotography.com

Best Bites on Maryland’s Beach and Beyond 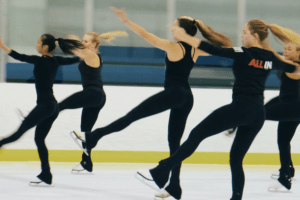 If a single figure skater is a marvel, a team of

The Art League of Ocean City announces the winners of the 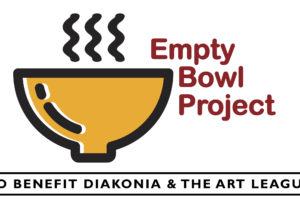 The Art League of Ocean City and Diakonia, an Ocean City