When asked what her favorite part of the Crisfield Arts & Entertainment (A & E) District is, Lisa said it is the appreciation of home-grown talent, and the opportunity for people to be recognized for what they contribute to the arts community. Lisa has been involved in the newly founded Crisfield Arts & Entertainment District since its inception and has participated in Crisfield A & E events including Open Mic Night at the Corbin and the Hangin’ Out Art Show.  She also records the 4th Saturday Bay Stroll radio ads at 96.5 CTG.  (Thank you to the Somerset County Arts Council for sponsoring these ads!) You may also have heard her on WBOC’s Delmarva Life last year on the story to promote the Hangin’ Out Art Show.

Lisa has a wonderful voice, both figuratively, in her writing, and literally.  She has performed on stage, radio, and television.  When I asked how she got started in radio she told me the story of being a 17-year-old college student and visiting the WOLC radio station with family friend and local radio legend Marian Burkhead.  Lisa fell in love with radio immediately and getting an FCC license became her ambition.  She studied in every spare minute for three months to take the 5-hour test.  The test took place in Washington, DC and Lisa told her parents that she was headed somewhere else as Ms. Burkhead drove her there.  She received her license November 21, 1979.  (At this point I made her repeat the date since I thought I must have heard it wrong.  I asked for clarification yet again after she repeated it since I thought there was no way she was old enough to be doing this in 1979!)  She listed many people that she has worked with in radio and television over the years including The Captain Paul Butler, KJ Holiday and Chase Thomas from WJDY AM 1470, and The Buck Wilde Morning Show on OC 104 with Bill Baker and Crookkid.

For two years she combined working in radio with working in news production at Channel 47.  She would leave Crisfield at 3:30 am for a drive of over an hour, be on the air on the Buck Wilde morning show at 5 am, and then travel to the 47 studio where she took a nap before producing the 11 pm newscast.  This reflects the kind of dedication she brings to any project, and we are always grateful to her for recording the 4th Saturday Bay Stroll promotions.

She was also involved in the recording of the PBS movie “Jacob Have I Loved”, which was filmed in Crisfield in 1988 featuring Bridget Fonda among other actors.  Lisa worked as a personal assistance, getting the film footage to the airport each day to be flown to the editors on the West Coast and providing actors with the booklets that summarized their lines for the day.

Lisa is a gifted writer and has always written as a form of personal therapy.  In second grade she fell in love with Edgar Allan Poe and Robert Lewis Stevenson and has never looked back.  She was one of the first artists that I met while working in Crisfield.  She invited me to a poetry reading at the Woodrow T Wilson Community Center at the Housing Authority in January of 2018.  Lisa, along with poet Babs McGrory, had organized this reading to celebrate Lisa’s birthday.  Lisa is a talented and moving poet and has surrounded herself with a group of gifted people.  What a birthday celebration! This event was about to change everything that I knew about poets & poetry readings.  I had been to many poetry readings before, and the to be honest, usually about a half hour in I am over the sappy content.  But this one blew me away!  During this event I met a group of people that I would follow to many locations for future events (including a recent reading at the Corbin Studio & Gallery).  I am a little embarrassed to admit I have not made it through one of these yet without crying.  The content may be emotionally moving but the poets’ voices are too powerful to ever be considered sappy.  Lisa has immense range in her writing, from racy to nostalgic.  Her writing style is authentic and compelling.  We hope that Open Mic Nights will be able to return soon, and invite you to participate to hear Lisa’s work in person.

You can learn more about the Corbin Studio and Gallery, which hosts Open Mic nights, at corbinartgallery.com More information on the Crisfield Arts & Entertainment District is available at CrisfieldArts.org.  To get involved with the CAED Project, email [email protected]

The CAED Project would like to thank Lisa for generously sharing her gifts with us. 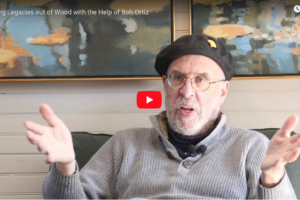 The Chestertown Spy recently sat down with craftsman Bob Ortiz to 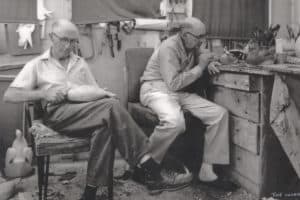 The Original Ward Brothers workshop at 3195 Sackertown Road in Crisfield, 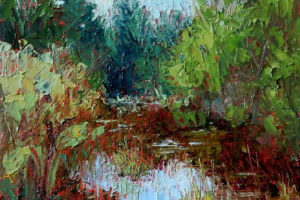 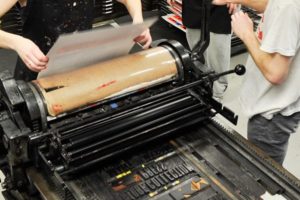 Explore music history and art through advertisement. View an exhibit of